4 types of coaching clients to avoid

Let's face it, some clients are better to have in your business than others.

As a business owner, you want to be able to decide who you work with. You sacrifice a lot to run your own business so choosing what type of people you work with should be one of the benefits of hard work.

Not every client is going to be of the same value. Some clients will take up too much of your time and others won't listen to what you tell them then blame you when they don't achieve their goals.

As a coach or health and fitness professional, you'll know exactly what I'm talking about.

You don't have to take on every client that comes along. It's your business so you get to decide who you work with.

At this point you might be in a position where it's hard to find new clients and turning them away might not seem like an option.

That's a big problem, here are some solutions to read later. "How to become an 'Authority' not just an expert", "We're putting up our prices, and why you should too" and "Marketing, and why you aren't doing any.".

Here are 4 kinds of clients you want to avoid and some tips on how to spot them before it's too late. 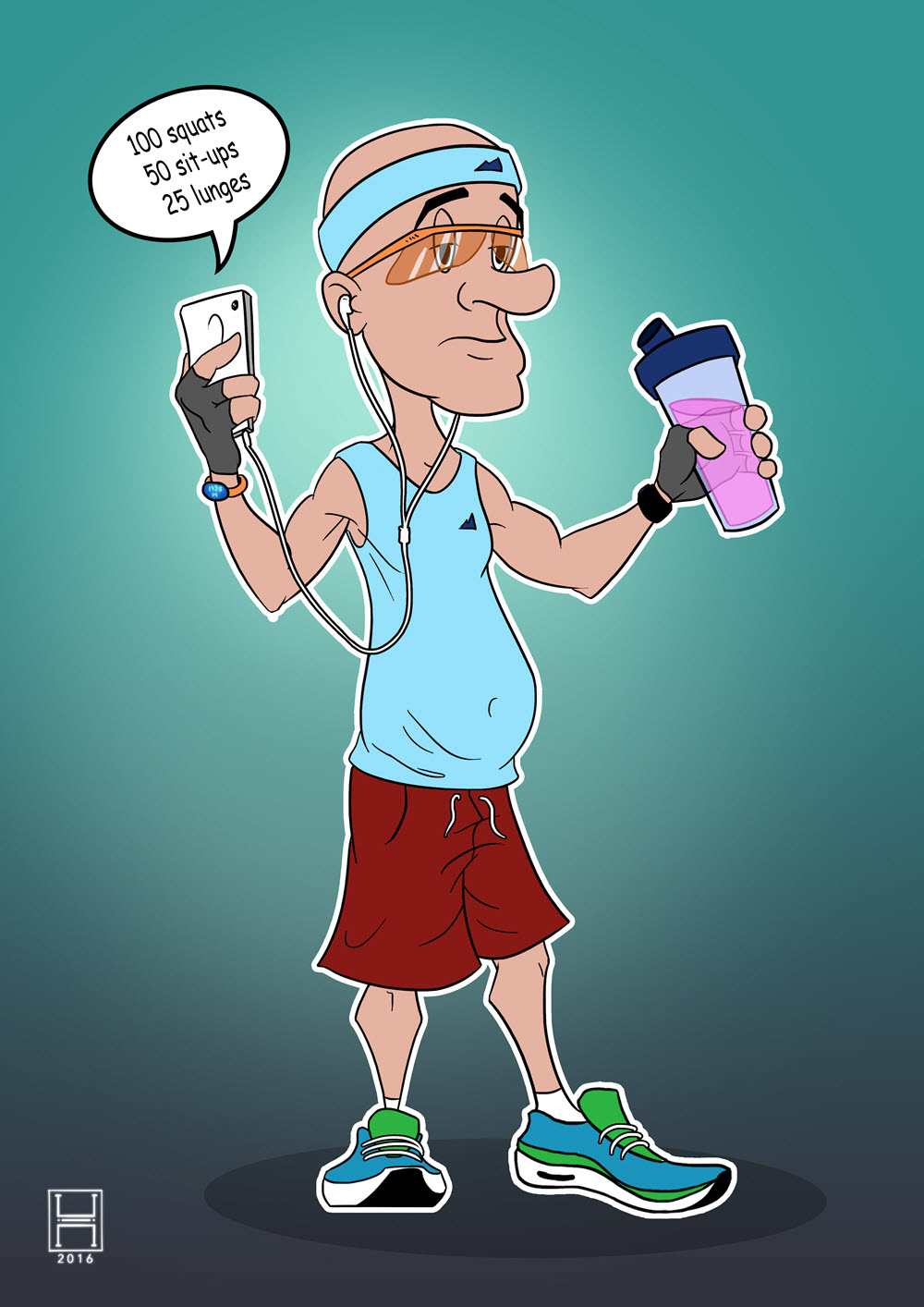 On the surface these clients seem like they have what it takes to be successful. They are motivated and appear to be committed.

But take a closer look.

The collector knows all about the latest training techniques and diets. They've got the latest bike, running shoes and training devices. They've had at least 2 or 3 coaches before and may be critical that they didn't help them achieve their goals.

A collector moves quickly through new ideas, trying everything available but is impatient and gives up early and then blames their lack of success on the idea or the latest device they are using.

A collector will start off well with you as a coach, but won't put in the work consistently enough to be successful. They will blame it on your coaching skills and move on. They won't get the results because they don't put in the work. But it's your reputation that will suffer.

When having initial discussions with a potential client ask them what they have tried before and why they don't think they've been as successful as they'd like. It will quickly become apparent if they are a collector from the sheer number of changes they have made over a short period of time. For example, multiple coaches and diets in the same season, but they still haven't managed to get their nutrition right. 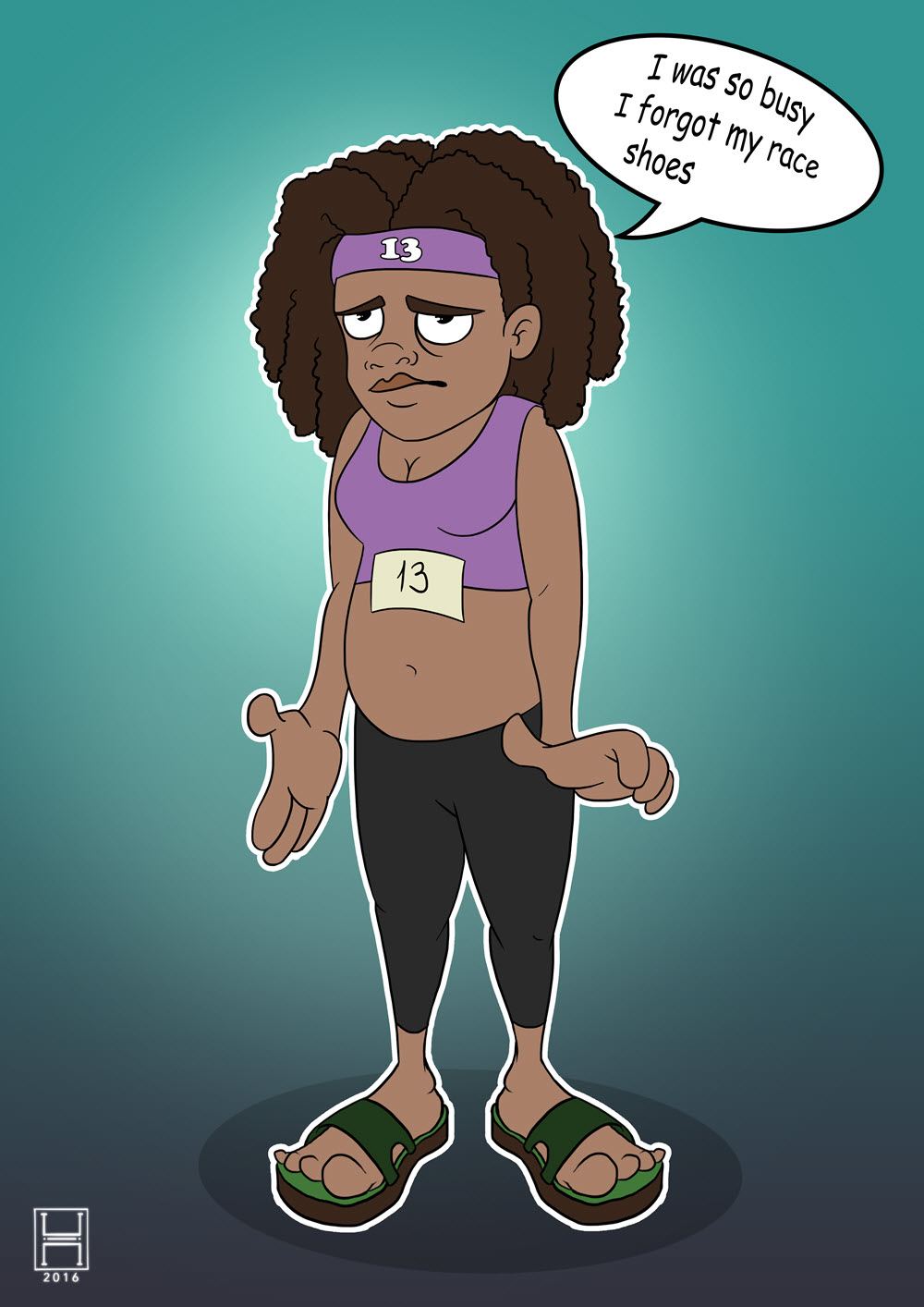 The Victim has an excuse for everything. Nothing ever goes right for them and it's never their fault. They rarely take responsibility for their current position in life or fitness.

The victim will often complain about what others have "done to them" and are quick to point out how "lucky" more successful people than themselves are.

The victim can be unreliable and is unlikely to reach their goals even with the best coaching available. They have yet to realize that they are ultimately responsible for whatever successes or failures they experience in life.

Here are some of the excuses you'll hear from the victim. "I had a terrible night's sleep before the race", "The aid stations didn't have the nutrition I needed", "Work has been really busy", "I had gut problems", "Things were going great, until I started cramping", "Things just didn't go right for me today".

Your coaching will likely be the next thing in their life that didn't work out and they won't hesitate to let everyone know about how you failed them. 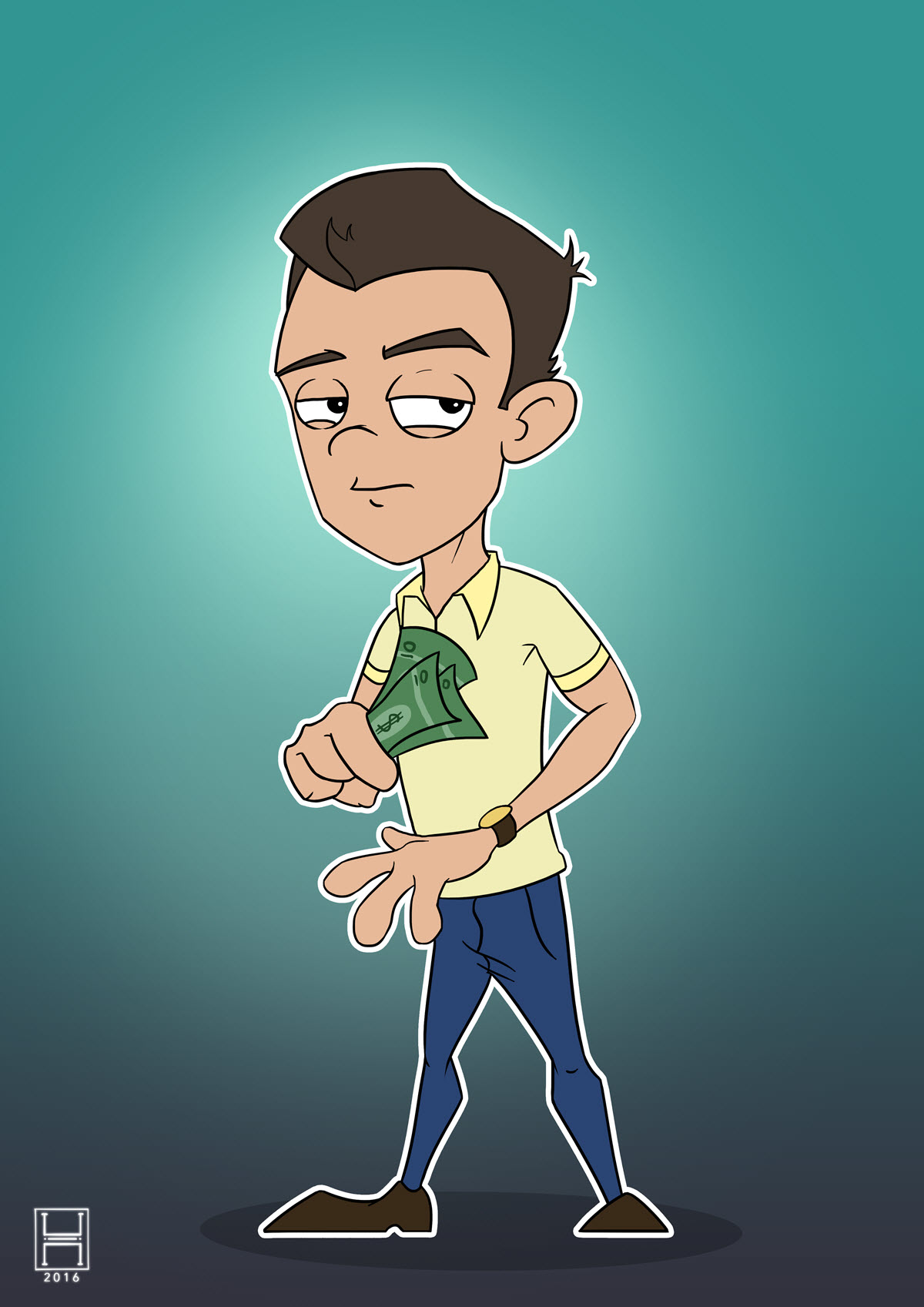 We all know about the cheapskate, often likable but hates to part with their money and never pays their fair share.

The cheapskate will complain about your pricing regardless of how reasonable it is. They won't appreciate all the work you've put in to developing your skills and your knowledge. They'll compare your prices to other coaches and expect that you match them like they are bargaining for a used car.

The cheapskate always wants to pay pennies but they want gold standard service in return.

The cheapskate will never be a profitable client because they either won't pay or will try to claw more than their money's worth out of your services. 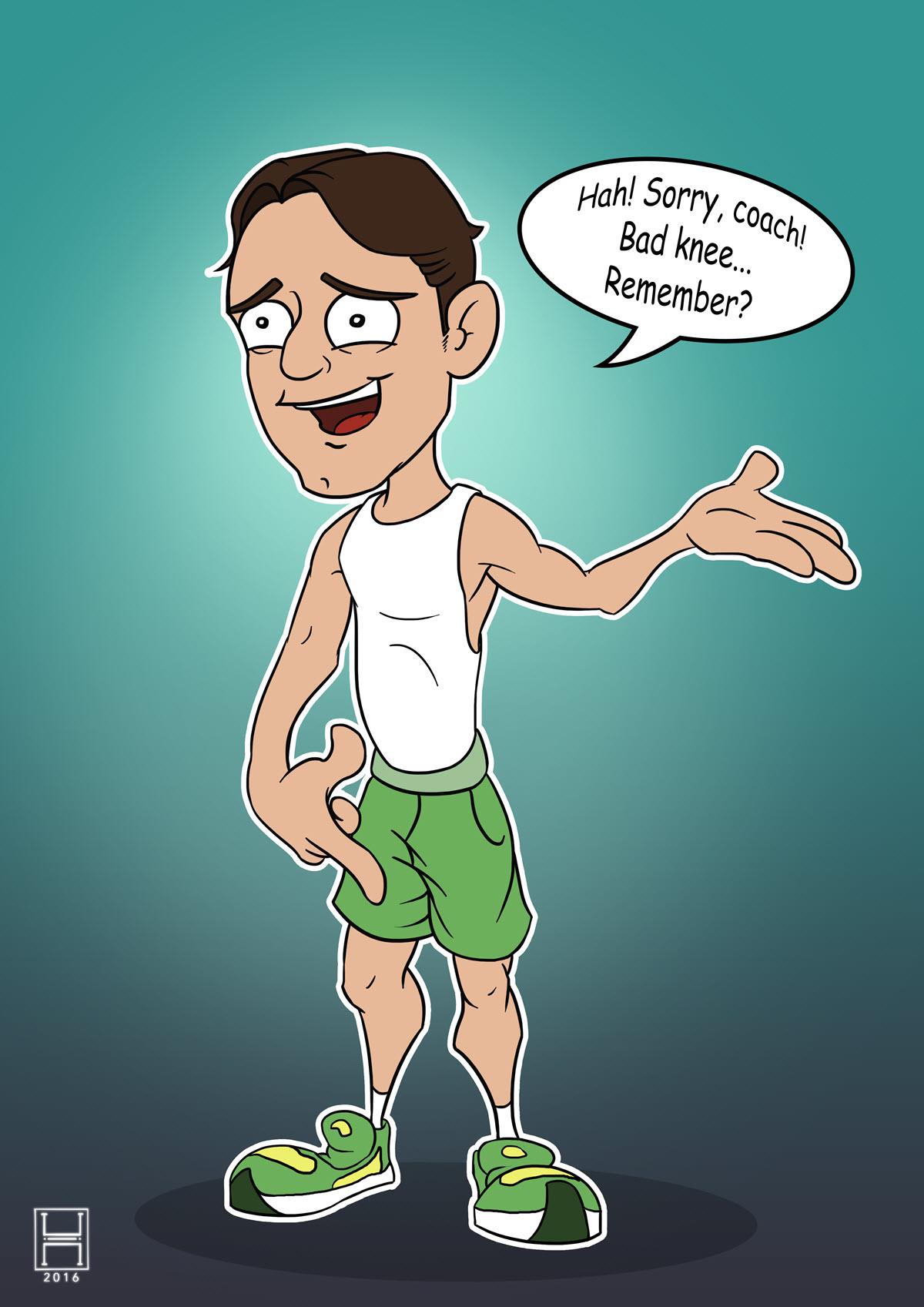 Like the Victim this client always has something going wrong.

However, unlike the victim they don't blame it on others but instead the culprit is some sort of "special problem" they have.

The "special problems" client often suffers from mysterious injuries or illnesses that can't quite be explained or treated by conventional medicine. They've seen various specialists but no one has been able to diagnose what the problem is.

Typically this type of client also has specific dietary requirements and any variation from these (often self-inflicted) will result in poor performance and a handy excuse.

Another sign of the "special problems" client is that they can perform very well in every day training but when the pressure comes on in a race situation, they often crumble and blame an untimely occurrence of their "special problem". 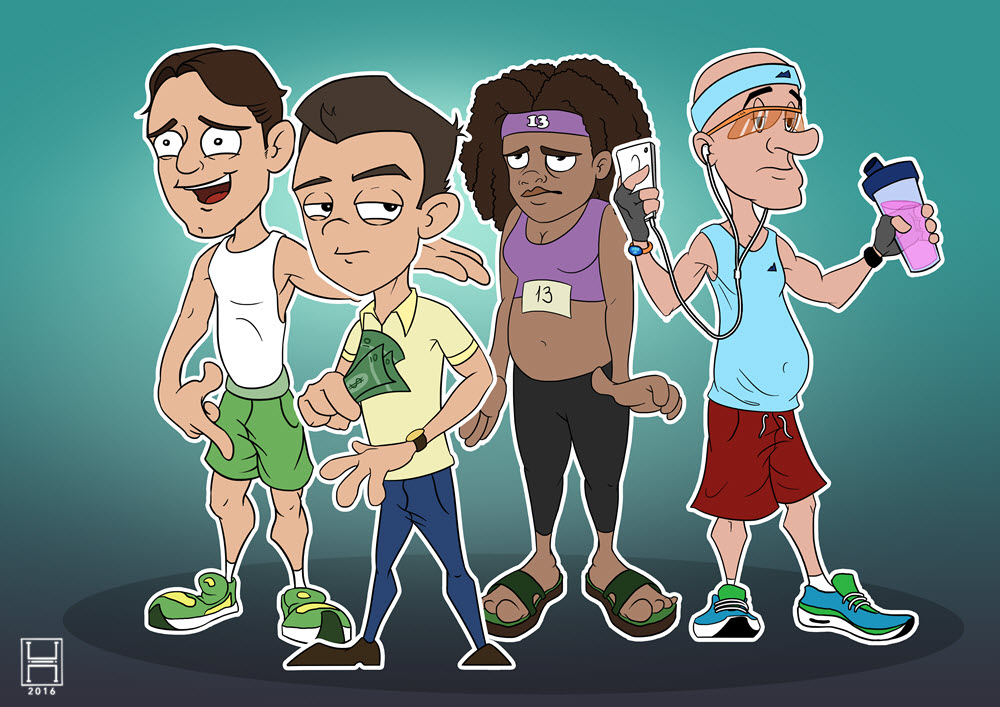 Not all clients are created equally so you should be careful when choosing whether or not to take on a new client. It's important to develop your business to a position where you are free to choose when and who you take on as a client. Even if you aren't quite there yet, there are some clients that could potentially damage the reputation of your business. There are some clients that do have real issues and you still might be able to help them, just bear in mind the risk of taking on such clients and make sure you do it for the right reasons.

Want more help with your coaching or fitness business? Then give our software a try free for 21 days.