Amelia Rose Watkinson - Baking in the time of COVID

How are you? Officially a more genuine question. Amongst friends, family, neighbours, even strangers. It's a nice touch in the Downunder lingo, where ‘hey how are you’ rolls off the tongue, but usually, it doesn't really have a question mark at the end. Lately, though, a touch of small talk with truth and quirk has been brilliant. Answers vary more than the weather, and lots of us have been on the psychological rollercoaster, but my favourite appreciation is, everyone's exercise adventures and kitchen creativities, (other than my favourite mountain trail no longer ‘just me and nature’, and the extreme flour hiatus).

Here are my past few months, impressively and unintentionally descript by my baking:

March. And we still thought racing was on! In the intensity phase with focused turbos, Z4-5 heart rates, touch and go 1.20 swim cycles and my season starter at Challenge Shepparton. I was insanely motivated to get my points ranking up to make the ‘International team’ for the PTO Collins Cup Race with a 1 Million Prize purse, star-studded field and epic media attention. Then we were going to head to Mallorca for the first HillsDistrict squad training camp, then St Moritz for the second altitude training camp. Postponed, postponed, postponed. I was devastated, as was the world, but we’ll be good soon. Perks: for the first time ever, being indecisive with my race schedule and booking flights saved my piggy bank.

April. Richly messy. Turns out this is, in fact, a big deal. Racing cancelled. Okay, do what you gotta do. The part-time job also cancelled. What am I doing with life? We need a mental reprieve. Let’s go camping. A few days of OTT stressing clearly got the better of me, I was soon bedridden with the flu for a week. I got through half a season of Ozark, started 3 different books and thought about, thinking about a plan of attack. Positives: we decided to start a YouTube Channel about training life ft. Zadie Pup, Polizzi and I. You can watch and subscribe here.

May. Things can be healthy and taste good at the same time. Deep down inside I'm totally obsessed with exercising, (and could do with another year of consistent injury-free training, made easier minus the travel), however, income is a bit tricky. Fortunately, the PTO paid out our annual bonuses early which helped sway my exaggerated ‘I’m retiring’ statement. Also, Virtual racing just got serious. Four week Pro Tri Zwift series and Ironman VR, I better get cracking so I don't embarrass myself, not to mention that sick feeling from 3 am starts (timezone differences) will remind me of real racing.

June. NZ baking speciality, lots of sugar but quite fun. Mum got stuck in Aus for 3 months (in fear of having to do the NZ 2 week government hotel isolation), and her homesickness must've rubbed off. My few weeks of Russians on the bike were being put to good use with the extreme accelerations in Zwift world (for those unfamiliar it's like a computer game connected to our bikes with gaming elements e.g. collecting the feather to make you lighter for 15secs up the hill, but, insanely hard on the heart rate). I finished the series mid-pack but with stronger legs, and our Kiwi team won the Ironman VR race.

June. Pineapple and dates instead of sugar, and, veggies in cake <3. Polizzi has become obsessed with gravel roads, so we’ve been creating maze-like GPS files linking them all, Kin Kin bakehouse is currently top of the charts in the mandatory coffee and cake stop, possibly because it's 3.5hrs in and I’ve completely exhausted my water and food supply. Zadie Pups walk-run program progressed very nicely, we were proud of her first full 60mins / 12km, and soon double run days won't also have to include double walk days. Visible progress on our house DIY projects is quite rewarding, may have included the odd bickering session, at least in hindsight it's amusing. Importantly we are allowed back out for picnics.

July, August. Nothing like a challenge. We ventured off for a longer camping excursion, with a bigger tent this time (Zadie's a star-fisher), the feedback turbo so one person could babysit the Pup through training sessions, and marshmallows of course. Charters Towers Adventurethon put on an epic multisport race of kayaking, mt biking and very off-road running. It felt like a brief reprieve from reality, was my first taste of the Aussie outback, and you can't help but feel grounded under the appreciation of the vast open lands, the glimpses of wildlife and the simplicity of being able to see the stars each night. Races are also in the pipeline so; Swim set of the month: 25x100 alternating just below threshold/ just above threshold on 1.40. Bike set: Big gear reps up Garmin hill (don't like them, but know they are good for me) straight into a few long threshold efforts. Run set: fartlek ladders with half the recovery e.g. 5min hard/2.5min easy, 4min hard/2min easy etc around my new found mini trail loop, hopefully, gives me free speed when I hit the pavement on race day. 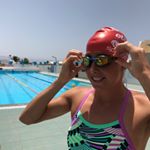